At the Bolzano Film Festival Bozen, it is our vision and goal to bring the latest German and Italian auteur films to South Tyrol from the surrounding regions of Italy, as well as from our neighbours in Austria, Germany and Switzerland. In this way, we hope to cast a light on the rich world of contemporary European filmmaking, far beyond the limits of the mainstream and conventional.

Since 2016, our new annual initiative, Focus Europe, has seen us roll out the welcome mat to a different European guest nation’s film industry and, by presenting a selection of its work, we hope to broaden our scope to encompass an even wider variety of the European film scene.

One of our guiding principles is to monitor and mentor both fledgling and established South Tyrolean filmmakers, providing them with a platform from which they can present and market their own particular film productions.

The festival seeks to evolve in its capacity as a creative hub and, year after year, has constantly expanded its offering. Equally, South Tyrol has consistently proved its worth as a site for film production, with the creation of the film school Zelig and the film fund IDM Südtirol/Alto Adige (formerly BLS) contributing heavily to an increasingly productive creative ecosystem. Together with these institutions, a whole series of events and initiatives for the international film sector continue to be planned.

Ever striving for productive partnerships, Bolzano Film Festival Bozen has cultivated a number of connections with ventures as varied as “Der Neue Heimatfilm” Festival in Freistadt, the International Film Festival in Innsbruck, the “Kinofest” in Lünen, the Film Festival della Lessinia and the “Musikfilmtagen” in Oberaudorf, as well as with local organisations such as the “Jazzfestival Südtirol/Alto Adige”, local theatre company “Vereinigten Bühnen Bozen”, “Teatro Cinema Rainerum”, “Museion”, “Teatro Stabile Bolzano” and the music conservatory Claudio Monteverdi.

Since 2018, our partnership with the Landshut Short Film Festival has expanded our offering even further with their handpicked series “Kurzes über’n Brenner – Corti in trasferta”.

We have found that the organisation and development of such mutually complementary programmes can bring about new and exciting artistic and cultural synergies.

All these initiatives are evidence of Bolzano Film Festival Bozen’s desire to reach the widest and most diverse audience possible, to foster a love for films and to introduce sensitive topics which can then be examined and explored.

Most of all, by encouraging discussion and direct contact with the filmmakers themselves, we hope to provide an opportunity for everyone to immerse themselves into the inspiring world of film. 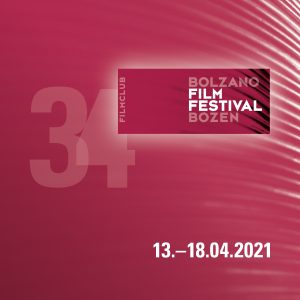