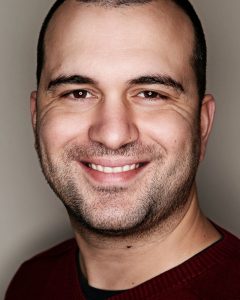 Lives in Prishtina, Kosovo. He began with script writing
and directing in 2007, followed by his first short
award-winning film „The Wedding Tape“ in 2011. The
Wedding Tape has been credited along with other
contemporary Balkans films by the
New York Times as a part of the New Balkans Film
Wave, and has won several international film awards.